Incheon looks for skipper to right the ship

Incheon looks for skipper to right the ship 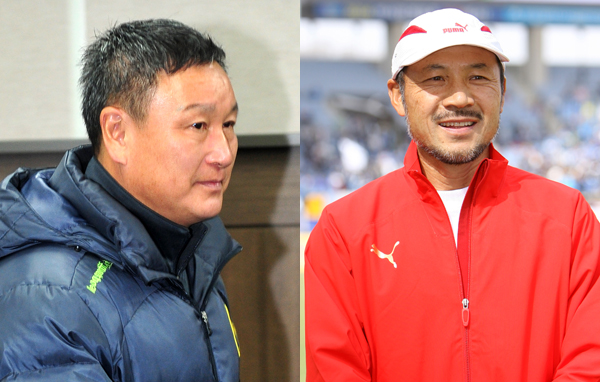 
Chang Woe-ryong is rising as a top candidate to become the new coach of Incheon United as the football club quickly tries to get back to normal.

The 57-year-old, who took the helm at Incheon after leading Korea to the round of 16 at the 2010 World Cup in South Africa, said he is leaving the club after a poor performance.

Huh’s side finished 13th last year and this year the team currently sits 15th among the 16-team K-League club table with one win, two draws and four losses. It was also reported that Huh felt stressed by zealous fans’ criticism and his relationship with club management.

Incheon said chief assistant coach Kim Bong-kil will guide the club for a while, but local media reports said that the club has already begun a screening process to hire a new coach.

Kim Hak-beom, former coach of Seongnam Ilhwan Chunma, and Choi Yun-gyeom, previously with Daejeon FC, were candidates, but sources said that Chang Woe-ryong, who was with the club from 2004 to 2008, is a favorite to reunite with the club.

“Chang is the first candidate among coaches to negotiate an offer,” an official from Incheon told Ilgan Sports, the JoongAng Ilbo’s sports daily, on Wednesday. “We want to hire a coach who knows our team well.”

Chang was the founding member of Incheon as chief assistant coach under Werner Lorant in 2004, but soon became the interim head coach later that season. He officially became the coach in 2005 and led the club to a surprising runner-up finish that season.

The 53-year-old left the club in 2008 with 28 wins, 27 draws and 20 losses. Chang then coached Omiya Ardija of Japan and went to China to guide Qingdao Jonoon and Dalian Aerbin. He was released by Dalian earlier this month after marking three draws and one loss in his first four matches.

It was reported that Chang was about to meet club officials but Incheon insisted nothing has been determined on hiring a new coach at this moment and warned against further speculation.

“Nothing has been finalized,” said Choi Seung-yeol, the general manager of Incheon. “Chang is my friend and has regional ties with Incheon Mayor Song Young-gil [also club owner]. It could be another controversial issue if we hire him.”

Incheon was hoping for their second rise after the completion of a new football-only stadium and signing of veteran star players from the 2002 World Cup Kim Nam-il and Seol Ki-hyeon, but is currently facing a difficult time both on and off the pitch.

Not only is the coach position empty, but the offices of CEO and vice general manager have also been vacant for the last two months. Incheon said it is currently working hard to stabilize the club after forming an emergency leadership council.