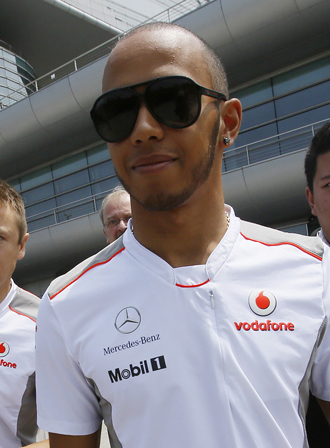 SHANGHAI - The Bahrain Grand Prix has so dominated Formula One’s news agenda this week that teams and drivers in China for Sunday’s race could almost be left wondering whether they have landed in the wrong country.

There may be a lack of desert sands, but Shanghai does offer some guaranteed action while the sport decides whether to travel to the troubled Gulf kingdom as scheduled on the way back to Europe next week.

The unrest in Bahrain, bringing with it concerns for both the safety of teams and the far-from-unblemished image of the sport, has overshadowed what promises to be a fascinating race this weekend.

Team bosses will discuss the situation with Formula One supremo Bernie Ecclestone and FIA President Jean Todt over the next few days, but in the meantime there is a job to be done on the track.

There is the very real prospect of a third different winner from three races, with McLaren’s Lewis Hamilton looking for a triple success in China while avoiding a couple of less welcome hat tricks.

Red Bull, who took their first Grand Prix win in Shanghai in 2009, have double-champion Sebastian Vettel and Australian Mark Webber eager to return to their winning ways after McLaren’s Jenson Button and Ferrari’s Fernando Alonso took the opening victories.

Mercedes, with Michael Schumacher back at the circuit where he took his last win in 2006, will also be hoping to challenge for the podium.

Hamilton looks a good bet for his third successive pole position and what would be McLaren’s 150th since the team’s first in 1972, at a circuit where he is the only man to have won twice before.

The Briton was third in Australia and Malaysia and wants a win now, even if he is taking more of a long-term view of the situation.

“I’m looking at the championship as a whole. Although, of course, I’d love to win every race, it’s more important to be in a good points-scoring position at every race,” Hamilton said after Malaysia.

“I think the first two races have shown that, as a team, we’re definitely in positions to win.

“I won’t deny that I’m disappointed to have had two pole positions and not to have been able to convert either of them into victories, but I prefer to think of it that luck just hasn’t been on my side, and that it will swing my way sooner or later,” he added.

“I also think last year taught me the value of consistency: It’s no use chasing a great result if you can’t back it up with another strong finish the following week. So maybe I’m just playing myself in gently.”

A third podium in a row would be a better start than his 2008 title-winning season while Hamilton had to wait until the sixth round of his rookie 2007 year to win but still ended up a point away from the title at the finish.

Last year, thanks to clever tire strategy, China brought him the first win of his campaign despite Vettel and Red Bull having a faster car.

“I still don’t think the pecking order has settled down yet, so it’s important to get some good results in the bag while we can,” said Hamilton. “It will be very interesting to see how the order has shaken itself out over the last three weeks.”

Alonso’s win in rain-hit Malaysia was against the odds while Sauber’s Mexican Sergio Perez may not repeat his second place in a hurry, but Red Bull have struggled to find the qualifying pace that made them so dominant last year. Reuters