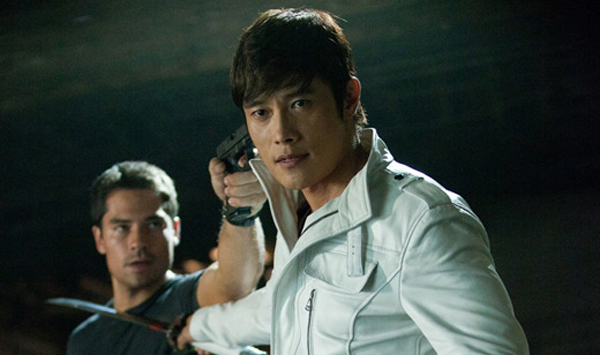 Korean actor Lee Byung-hun has proved that he can hold his own against Hollywood heavyweights as the movie “G.I. Joe 2: Retaliation” has released a new still cut and trailer featuring Lee.

Lee’s name is listed before his fellow actors, which in Hollywood signifies that he played a more significant role in that particular clip.

This is in stark contrast to the first “G.I. Joe” movie in which Lee was relatively unknown.

In the second movie that will be released in Korea in June, Lee’s character plays a crucial role in the plot. Storm Shadow is a traitor spy who was stabbed and fell from a high-rise building near the end of the first film. So fans are eagerly awaiting the next film to see how Lee’s character made it out alive.

Lee rose to fame globally for his role in the first film and is also immensely popular in Japan.