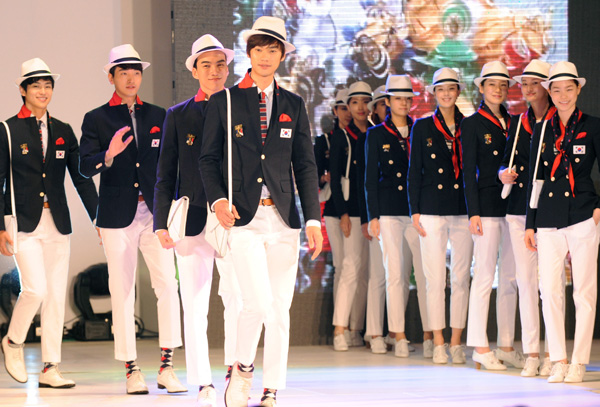 Models show off Korea’s Olympic uniform that will be worn by athletes at the opening and closing ceremonies of the 2012 London Games. Korea’s uniform was made under the concept of “Honoring the 1948 Olympics,” which were also held in London and represent the first time the nation competed in the Olympics after Japanese colonization. By Cho Mun-gyu