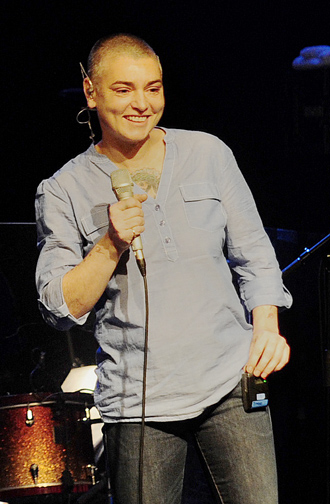 LONDON - Irish singer-songwriter Sinead O’Connor has canceled her tour schedule due to bipolar disorder, she said in a statement quoted by British media and fansites on Tuesday.

She said she called off plans to tour North America “with enormous regret” and was “very unwell due to bipolar disorder.”

O’Connor added that she had a “very serious breakdown” between December and March, but ignored her doctor’s advice not to go on tour because she did not want to let people down.

“So very stupidly I ignored his advice to my great detriment, attempting to be stronger than I actually am. I apologize sincerely for any difficulties this may cause.”

The 45-year-old singer, who released a new album entitled “How About I Be Me (And You Be You)?” in March, has had a tumultuous few months, ending her marriage after only 16 days in December before announcing shortly afterwards that her relationship was back on. O’Connor rose to fame in the late 1980s with her shaved head and haunting voice, and is best known for her chart-topping cover of the song “Nothing Compares 2 U” released in 1990.