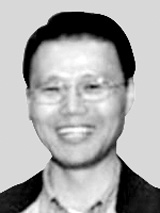 A South Korean inspector working for the International Atomic Energy Agency was killed in a car accident in Iran on Tuesday, according to the Ministry of Foreign Affairs and Trade.

The ministry said there was no chance the Korean was killed intentionally.

Seo Ok-seok, a 57-year-old inspector from the nuclear watchdog, and his Slovenian colleague were heading to a heavy-water nuclear reactor in Arak, around 200 kilometers (124 miles) southwest of Teheran, when the vehicle carrying them veered off a road near the reactor, the ministry said.

The car overturned, throwing Seo out of a car. He was not wearing a safety belt, the ministry said. The colleague and driver, who were wearing safety belts, sustained non life-threatening injuries, it said. 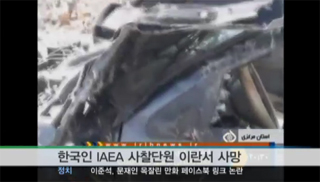 The IAEA said Seo was on a routine inspection under its agreement with the Iranian government, but the accident occurred at a sensitive time. Iran and six world powers including the United States will meet in Baghdad May 23 to discuss Iran’s nuclear program. Iran is suspected of enriching uranium for nuclear weapons.

Seoul ruled out an assassination or terrorist plot targeting the inspectors.

“There are no circumstances that can suggest it was not an accident,” said an official of the ministry. The official said, however, it was unclear whether the accident was due to the condition of the road or the driver’s fault. South Korean consular officials were dispatched to the scene to determine the cause of the accident in cooperation with local police. Seo’s body was moved to a nearby hospital for a funeral to be organized by the IAEA, Seoul officials said.

The U.S. State Department also called Seo’s death an accident. “We certainly express our deepest condolences to the family of the inspector,” said Mark Toner, deputy spokesman for the State Department at a press briefing.

Seo, formerly an official of the Ministry of Education, Science and Technology in Seoul, worked for the IAEA since 1998. There were 38 South Koreans working at the IAEA including around 20 inspectors as of March, the Foreign Ministry said.