JoongAng Ilbo reporter to run in the Torch Relay

JoongAng Ilbo reporter to run in the Torch Relay 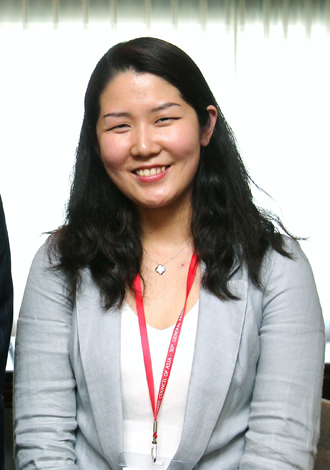 Chun Su-jin, a reporter for the JoongAng Ilbo, has been selected as one of the runners of the London 2012 Olympic Torch Relay. She will be leading the lighting ceremony in Hastings, a town along the southern coast of England, on July 17.

Prior to the London Olympics, which commence on July 27, the lighting of the torch takes place after a months-long relay that began in the Temple of Hera in Greece on May 10.

The International Olympic Committee (IOC) recommended Chun to become a torchbearer in the relay. The IOC traditionally selects runners from among reporters and notified Chun of her nomination in September.

“In the recent history of the Olympic Games, Chun is the only Korean reporter to participate as a runner in the Olympic Torch Relay,” the media committee of the IOC said.

Chun received her final notification to become a runner of the relay after going through an examination process conducted by the London Organizing Committee of the Olympic Games (Locog). Locog requested Chun answer several questions in 34 different categories including ones pertinent to her physical condition.

Chun expressed enthusiasm for the relay, sending an e-mail saying that she “developed the dream of participating in the relay from the moment [she] watched the ring boys in the [opening ceremony of the] 1988 Seoul Olympics.”

Chun also expressed gratitude for Pyeongchang’s successful bid to host the Winter Olympics, adding that “it must have influenced the nomination for the relay participation.”

Chun is the only Korean reporter who is an IOC correspondent. Starting from the Vancouver 2010 Winter Olympics, Chun has extensively interviewed a number of international athletic officials.

She reported on the IOC’s process of selecting Pyeongchang as the host city for 2018 Winter Olympics and on the IOC General Assembly held in Durban, South Africa.

A total of 8,000 torchbearers will be running in the London Olympic Torch Relay.

According to the Korean Olympic Committee, among the 8,000 participants, Korean participants include Lee Seung-gi, a singer and an actor; Choo Kyu-ho, the Korean ambassador to Great Britain; and Kang Ji-won, an employee of Samsung Electronics who is also well known for overcoming what had been diagnosed as terminal cancer.