Knee injury to keep Hong out of the Olympics

Knee injury to keep Hong out of the Olympics 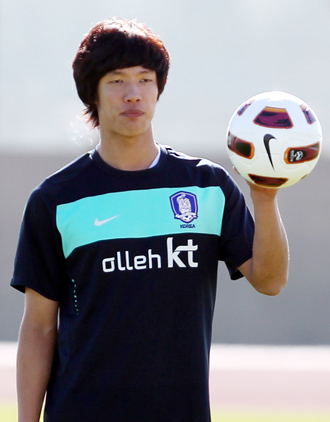 Korean Olympic football team captain Hong Jeong-ho will likely miss the London Games this summer because of damage to the posterior cruciate ligament in his left knee.

Hong, who plays for Jeju United, injured the knee during a K-League match against Gyeongnam FC on April 29.

During his initial examination, the 23-year-old was diagnosed with a knee bruise and hamstring damage. It was estimated that it would take eight weeks to recover from the injury.

However, an official from Jeju United said yesterday, that after three rounds of magnetic resonance imaging tests it was determined that 70 to 80 percent of the posterior cruciate ligament was damaged.

Hong’s physicians have recommended surgery to repair the ligament and he is expected to be out of action for at least six months, according to hospital officials.

Hong’s absence could seriously damage the prospects for the Korean Olympic football team’s goal of collecting its first ever medal in the Summer Games.

Hong, who can play both center back and defensive midfielder, has been a core member of the Olympic team taking care of the back line.

Olympic football team coach Hong Myung-bo said yesterday it is unfortunate Hong Jeong-ho will not play and he now must name a replacement.

“I have to select a player in this given reality,” Hong said. “Including wild card members, I will pick a player after careful considerations.”

The 18-member Olympic squad, including three wild card members (players over the age of 23) has not been annnounced, but sources are already pointing out that veteran defender Lee Jung-soo or Cho Young-hyung could get the nod to replace Hong.

Coach Hong is expected to reveal his final roster after playing a friendly against Syria on Thursday.