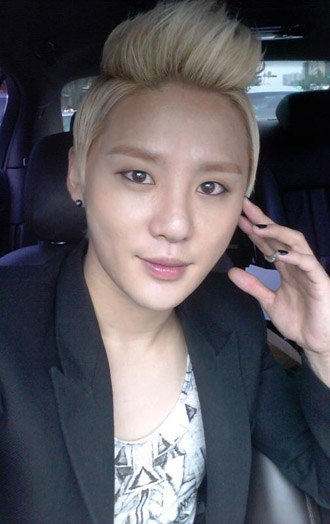 Kim Jun-su’s solo debut album has exceeded 120,000 copies in sales after being released less than a month ago. The album, “Xia Tarantallegra,” was launched on May 15, and according to Gaon Chart, it set a new sales record for a debut album by a solo artist.

Overseas, the album is doing well, too, with the music video for “Tarantallegra” taking the No. 1 spot on Chinese music video Web site Yinyuetai.com for the month of May.

“Rather than focusing on promotional events, we focused our efforts on creating an album of the highest quality. We recruited the help of some of the most renowned choreographers from the United States and spent a lot to produce a high-quality music video,” said a source from Kim’s entertainment agency.

The agency said that it was proud of its star and that its success was due in part to Kim’s reputation as a talented musician.