Art exhibition to bring out the “art” in K-pop artists

Art exhibition to bring out the “art” in K-pop artists 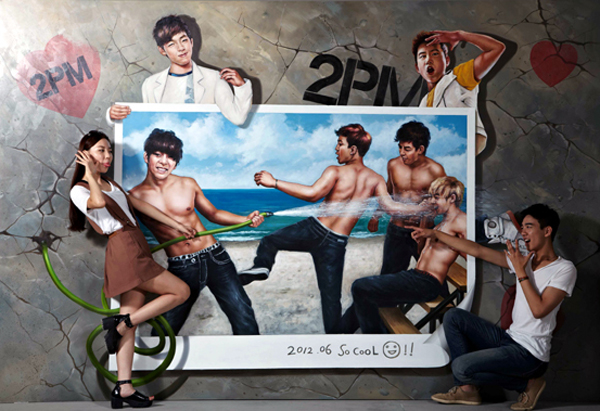 An unusual art exhibition showcasing K-pop entertainers will be on display at the Kintex in Ilsan from June 23 until Aug. 19.

“The exhibition is for both domestic and international fans of K-pop and will show just what happens when K-pop meets magic art,” said a spokesperson for the exhibition.

The exhibition relies on the trompe-L’oeil effect which involves the viewer to partake in poses that make it look like the artwork and the spectator are interacting.

Acts like TVXQ, Super Junior, f(x), Wonder Girls, 2PM, KARA, CN Blue, Beast, and Jay Park are among the 19 acts to be featured in some 110 artworks.
“Hallyu fans will be treated to a world where fantasy and reality collide,” said the exhibition’s spokesperson.