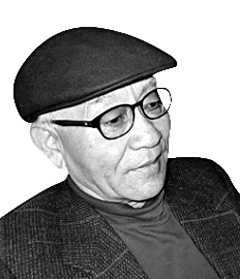 Two South Korean musicians who were abducted and taken to the North during the Korean War, and later died there, will be honored in their homeland.

Their children passed down the couple’s secret music that expressed their wish for the unification of Korea, and now, a dramatic thriller based on their story has been published.

Plans to perform their music by a symphony are also in the works.

Yoon Jung-ho, a concert pianist, and his wife, Choi Young-ae, a gifted soprano, were kidnapped in the South and taken to Pyongyang in June 1950, conscripted into the People’s Army and quickly recognized by then-leader Kim Il Sung.

Yoon became a propaganda composer praising the regime, and Choi was appointed the manager of Kim’s party dancers.

Yoon was bestowed the title of “People’s Composer” and Choi the “People’s Singer” by the regime.

The two were both born in the early 1930s and met as teenagers at a nationwide music competition hosted by the South Korean government. They soon fell in love while performing an aria of Vincenzo Bellini.

Before they were married, the Korean War broke out. They were arrested by communist guerillas and forcibly taken to the North.

As official musicians, the couple created a number of propaganda songs and operas glorifying the regime.

In 1995, then-leader Kim Jong-il ordered Yoon to write a piece titled “The Liberation Symphony,” as part of efforts to build a personality cult around the Kim dynasty. Specific movements of the symphony were controlled by North Korean authorities.

However, Yoon, who was sick of living as a puppet for the communist state, conspired to write a totally different piece secretly while also composing the official song as Kim ordered.

The secret piece, with the same title as the official one, condemned the dictatorship and human rights abuses that Yoon witnessed in his 45 years in North Korea.

Both versions consisted of four movements, but the official one dedicated to Kim’s family was only halfway completed. The secret one was fully completed.

Before Yoon died, he stated in his will: “‘The Liberation Symphony’ should express Koreans’ sadness and bitterness as well as our tragic modern history, not just urging people to be liberated [from the North Korean regime]. If the secret version is successfully smuggled to the South, please change its title to ‘The Unification Symphony.’?”

His wife, Choi, who helped Yoon write the secret pieces, died when she was poisoned by North Korean authorities after she was falsely accused of being Kim Il Sung’s lover. She asked her husband to remarry a North Korean violinist before she died.

Yoon was rumored to have died from drinking methyl alcohol at a party to celebrate his completion of the first and second movements of the official version.

It’s still unclear whether he was forcibly ordered to drink the alcohol, which apparently led to his death, or just mistakenly drank it. There were also rumors that he might have been executed in the North.

The second wife stayed in the North after Yoon’s death, and she showed the music to her daughter and Yoon’s son from his marriage with Choi.

In fear of North Korean authorities discovering the secret version of the symphony and destroying it, his son and daughter took photographs of the score.

However, they didn’t have enough film to photograph everything, and they couldn’t buy more due to the scarcity of film in the North.

So the children managed to take photos of half of the symphony, and they memorized the remaining third and fourth movements.

They still have the music committed to memory, even after they defected from the regime in 1998 to South Korea, where they still live.

The couple’s story was written as an essay on the basis of testimony from Yoon’s younger brother, Yoon Geon-ho, and Yoon’s son, Yoon Cheol-su.

The brother said that the Korean version, which will be released here at the end of this month, will be titled “The Unification Symphony,” following Yoon’s wishes for the music.

Park Gi-bong, the Korean publisher of the book, said that Yoon’s brother told him, “As soon as we complete the recovery of the final two movements, we will have the symphony performed at the Sejong Center for the Performing Arts.”