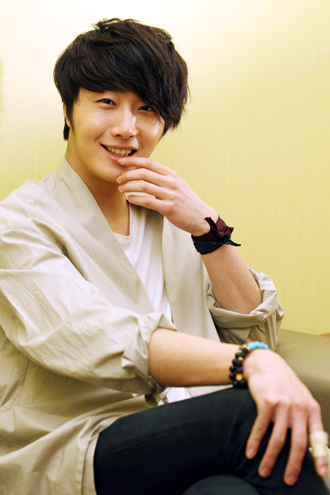 Actor Jung Il-woo has been asked to attend a Chinese awards ceremony as the Korean celebrity guest of honor.

Jung’s agency confirmed on Friday that Jung will make his way to Beijing for the 2012 Huading Awards ceremony that recognizes the Chinese public’s favorite entertainers. It will be held on July 4 at Beijing Olympic Stadium.

It marks the first time in the seven-year history of the awards that a Hallyu star has been invited to the ceremony.

The awards show had previously focused only on the Chinese entertainment scene, but this year decided to acknowledge the wider Asian entertainment industry.

Award winners were chosen through phone and online surveys on Chinese Web sites, such as Sina.com, Sohu.com and the awards’ main site.

His agency said Jung was invited following the popularity of last year’s “Flower Boy Ramen Shop.” The tvN production was No. 1 top among dramas streamed live online in China.
By Carla Sunwoo