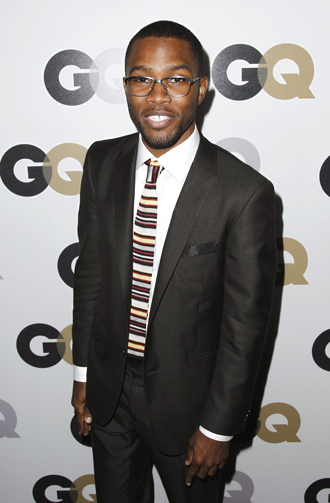 NEW YORK - Both Anderson Cooper and Frank Ocean made revelations about their sexuality this week, but Ocean’s could end up being the more significant announcement.

Ocean - the rising R&B singer behind the single “Novacane’’ and the self-released album “nostalgia, ULTRA,’’ which critics heralded as among the best of 2011 - announced on his Tumblr page Wednesday that his first love was a man. He also tweeted a link to the post. Earlier this week, CNN’s Cooper acknowledged that he was gay. But the admission from the 24-year-old Ocean - who is part of the hip-hop collective Odd Future and was prominently featured on Jay-Z and Kanye West’s “Watch the Throne’’ album - is noteworthy because he inhabits the world of rap, where anti-gay sentiments have long been part of the regular vocabulary. Gay epithets are often used in lyrics - one of Lil Wayne’s catch phrases is “no homo.’’

“I think it’s definitely important and it really signifies that there is a changing of the face of hip-hop,’’ said Chuck Creekmur, founder of the leading Web site Allhiphop.com. He called Ocean’s announcement “a sign of the times,’’ noting Cooper’s announcement and President Barack Obama’s recent support of gay marriage.

Ocean wrote: “4 summers ago, I met somebody. I was 19. He was too. We spent that summer, and the summer after, together. Everyday almost. And on the days we were together, time would glide.’’

Ocean concludes the post: “I don’t have any secrets I need to keep anymore. .?.?. I feel like a free man. If I listen closely. I can hear the sky falling too.’’

While Creekmur stressed that Ocean’s announcement did not hold the same weight as if a rapper had come out, he said it was significant that the hip-hop community’s initial reaction was positive.

“I don’t believe that Frank Ocean revealing his gay experience at the age of 19 will cause a bunch of rappers to come out of the closet. I do think that we’ll see a lot of support for him. ... I think that it’s a process,’’ he said. AP