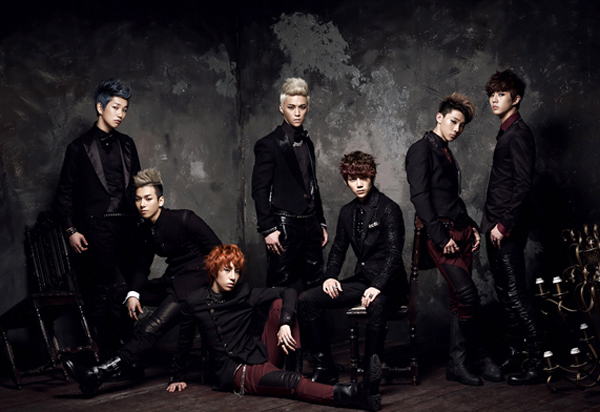 
Newbie group A-jax, which only made its debut in Korea last month, has followed up with its official Japanese launch on July 11.
The boy band held a showcase attended by more than 200 Japanese press personnel, and took the time to sing its debut song “One 4 U” as well as charm the press.

Despite the fact that the band is practically unheard of as yet, as it belongs to the agency that manufactured SS501 and KARA, the venue was packed out.
Prominent Japanese papers like Sankei Sports, Nikkan Sports as well as various TV broadcasters came out to see if the new group could escalate to the level of fame of its predecessors.

As a senior from the same agency, KARA member Park Gyuri also attended the promo event, taking part as the host to introduce the first boy band produced by DSP media in over five years.

“They are full of charisma and just wonderful,” said one journalist after the showcase.
Meanwhile the boy band vowed that it will keep striving to become a beloved group in both Japan and Korea.