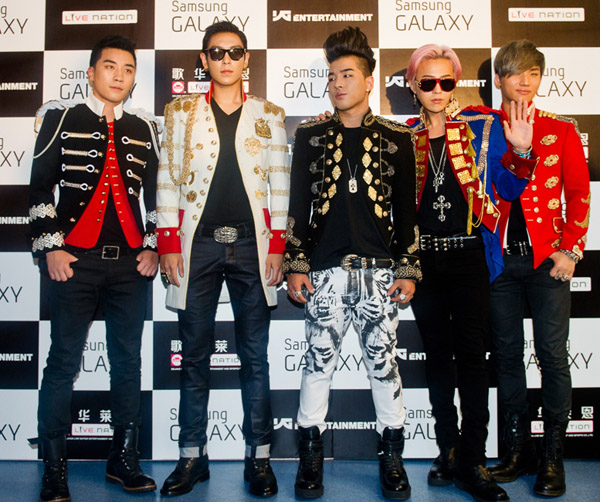 
Big Bang held a successful sold-out performance at the 10,000-seat Mercedes-Benz Arena in Shanghai Saturday night, boding well for the remaining schedule of its comeback tour in China.

It was the Korean boy band’s first performance in China since their debut year in 2006. The Shanghai concert, the first stop of the group’s “Alive Galaxy Tour 2012,” saw many Chinese fans singing along Big Bang’s hit “Fantastic Baby” in Korean.

The group opened the concert with the songs “Tonight” and “Hands Up” with solo performances by each of the five members following. Seungri sang a popular song from the 1996 Hong Kong movie “Comrades: Almost a Love Story” in Chinese. A total of 23 songs were sung at the concert.

Their next concert in China will be at the International Sports Arena in Guangzhou on Saturday, with a final show to be held at the Master Card Center in Beijing on Aug. 4.

Around 30,000 people are expected to attend the two shows, according to the Korean organizers.