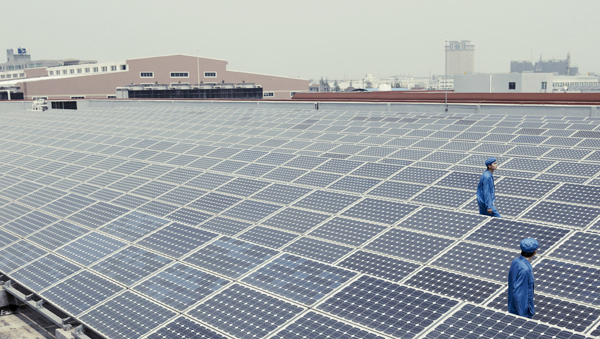 
Despite a stagnation in the global solar energy market, Hanwha Group’s effort to find growth in the photovoltaic business struck gold in an unexpected place: earthquake-stricken Japan.

The group announced yesterday its solar business unit, Hanwha SolarOne, will supply solar modules to Japanese trading firm Marubeni Corporation for the next four years. The modules can produce electricity for around 167,000 households in a country struggling to recover from the nuclear accident of last year and deep public distrust of nuclear energy.

Marubeni is one of the five largest trading companies in Japan with 4.4 trillion yen ($56.1 billion) in sales as of last year. The deal is worth 600 billion won ($530 million) in sales.

“Marubeni appreciated Hanwha’s R&D efforts on special solar modules for Japan that don’t get corroded by salt,” the group said in a statement. 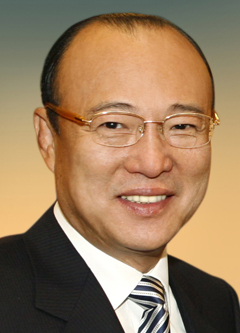 The deal with Marubeni reflects Chairman Kim Seung-youn’s firm belief in the potential of solar energy.

Kim predicted solar power could be an alternative to nuclear power in Japan after the nuclear power plant explosion in Fukushima in March 2011. So, he made the proposal to supply solar modules to Marubeni CEO Teruo Asada last November.

The photovoltaic market in Japan is rising. Installations of solar modules are expected to expand by 73 percent by next year. The Japanese parliament passed a special act on renewable energy last year to encourage sources of energy other than nuclear. 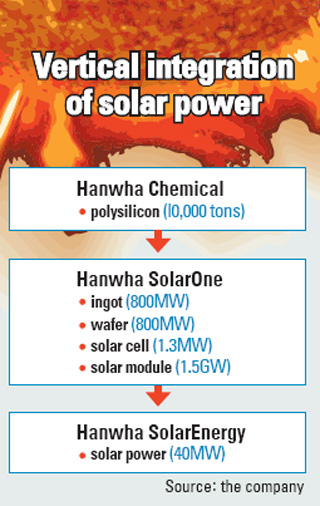 Hanwha is a pioneer in the photovoltaic business among Korean conglomerates, and it has vertically integrated production. Hanwha Chemical produces 10,000 tons of raw material polysilicon a year, which is developed into ingots and wafers, core materials for solar cells and modules.

Hanwha, which started as a gunpowder manufacturer in 1952, expanded into energy, machinery, leisure, retail and financial services through mergers and acquisitions. Traditionally, it has been a domestically focused business that paid less attention to overseas markets.

The 2010 World Economic Forum at Davos, Switzerland, provided Chairman Kim an opportunity to go global. Inspired by things he learned at the forum, Kim set a goal to make Hanwha a leader in the global photovoltaic business by 2020.

The group began its solar business after it acquired U.S.-based Solarfun Power Holdings in August 2010, which turned into Hanwha SolarOne.