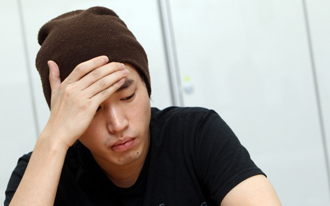 A member of an anti-Tablo online community known as “Tajinyo” sent a letter of apology yesterday to the Seoul High Court after the accused, surnamed Park, received a 10-month sentence on July 6 for spreading false rumors about Tablo’s university degrees on the Web site.

“In the letter, Park says he is deeply repentant,” an unnamed source at the court said.

Many in the legal profession see Park’s move as an attempt to reduce his jail term on appeal.

Members of the online community made claims questioning the validity of rapper Tablo’s degree from Stanford University. After months of being beleaguered by false rumors, the 31-year-old singer last year filed a defamation lawsuit against nine members of the Web site.

Following the lawsuit, the Seoul Central District Court issued eight- to 10-month sentences to eight members of the Web site. The eight are among the 12 netizens indicted.