Pigging out on Liberation Day

Pigging out on Liberation Day 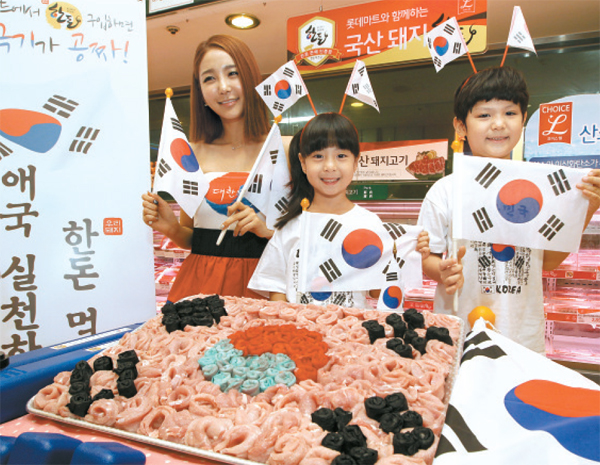 The Korea Pork Board handed out national flags to consumers who purchased domestic pork products at?Lotte Mart’s Seoul Station?branch?yesterday. The ongoing event is being held at nine Lotte Mart branches in Seoul, and the flags will be given to those who spend more than 20,000 won ($17.70) on local pork under the Handon brand. Participating branches include those in Gimpo, Youngdeungpo, Guro, Songpa, Jamsil, Seoul Station, Junggye and Cheongnyangni. Korea celebrates its liberation from Japan’s colonial rule tomorrow. [YONHAP]