Ko Soo to take on new role of father

Ko Soo to take on new role of father 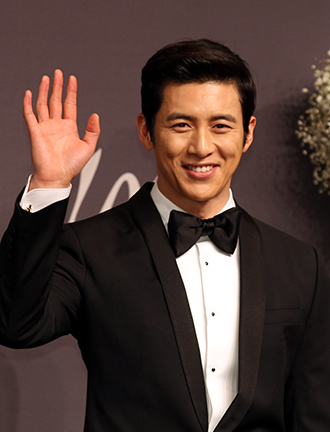 Actor Ko Soo, who married just six months ago, is set to become a father for the first time in March.

According to his agency yesterday, the actor was thrilled at the news.

“He heard that he was to become a dad while filming his new movie, and it really put him in a good mood,” said a spokesperson for BH Entertainment.

The couple is already in parent mode, with Ko putting his wife’s health first and foremost.

The 33-year-old broke many of his female admirers’ hearts when he announced in January that he would be tying the knot with his then-fiancee, who is 11 years his junior. The wedding ceremony took place at the Shilla Hotel in Jangchung-dong, central Seoul, on Feb. 17.

Many celebrities attended including Lee Byung-hun.

Due to the sudden nature of the wedding, many wondered if Ko’s bride was already pregnant, but the rumors proved false.

Ko is currently wrapping up production on the film “Bandaid,” which will be released later this year with actress Han Hyo-joo.