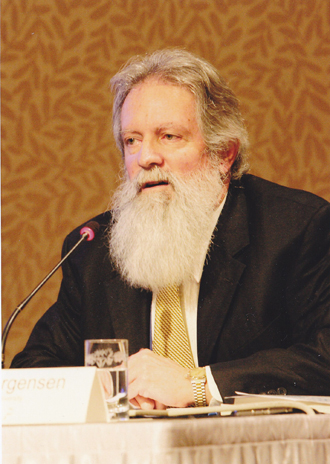 Buddhism has been around for some 1,700 years on the Korean Peninsula. Yet despite its long history, little is known about the specific characteristics of Korean Buddhism in international academic circles. Some even consider Korean Buddhism as a mere copy of its Chinese counterpart.

Many attribute these generalizations to the dearth of reliable English-language sources on the subject. But perhaps this is about to change: The Jogye Order of Korean Buddhism - the largest order in Korea ? recently announced that it has published an English edition of the “Collected Works of Korean Buddhism.”

Officials at Jogye say this is the first comprehensive collection of Korean Buddhist materials ever to appear in a Western language.

Some 2,000 copies will be distributed to 313 Korean studies research institutes in 67 countries as well as to libraries and scholars of Korean Buddhism at home and abroad.

The editing and translation of the works involved a total of 46 Korean and foreign scholars. The project began in 2006 and cost over 2.7 billion won ($2.4 million) from state funds. The English editorial board consisted of Robert Buswell (UCLA), Charles Muller (University of Tokyo), John Jorgensen (Australia National University) and Roderick Whitfield (SOAS, University of London).

The JoongAng Ilbo spoke to John Jorgensen of ASU via e-mail to discuss the process of translating the entire collection.

Q. In your view, what is the significance of this translation project?

The selections were made by Korean Buddhist scholars as representative of the main trends and the most important works of Korean Buddhism, and so the series as a whole is relatively systematic in its approach.

How is Korean Buddhism viewed in Western countries?

The recognition of Korean Buddhism in Western countries is low in comparison with Japanese and Chinese Buddhism, despite the large Korean diaspora (although many of the Koreans and their descendants living overseas are Christians).

Until recently, Korea was overshadowed by Japan and is now overshadowed by China. However, Korea’s success in exporting industrial products and more recently the fad for Korean culture have had the effect of bringing Korean Buddhism to the notice of non-Koreans.

Moreover, the increasing prosperity of Buddhism in Korea, and the growth in the number of Koreans who have gained doctorates, primarily in the U.S., on Buddhist topics, has helped create more sophisticated studies of Korean Buddhism published in English.

Some people still think that Korean Buddhism is just a copy of Chinese Buddhism. Do you think that this translation project can bring some changes to such a notion?

While at one level it is often difficult to distinguish Korean from Chinese Buddhism, this is superficial and due to our ignorance.

Many years ago, one of the pioneers of the study of Korean Buddhism in the West, Professor Lewis Lancaster, used the idea of valencies to differentiate Chinese and Korean Buddhism.

That is, the same elements are present, it is just that different weightings are given to each of these elements.

I hope that in some way readers of the volumes of this translation series will see more of the distinctive characteristics of Korean Buddhism and come to appreciate the Korean understanding of Buddhism as a contribution to the development of Buddhism.

What was the most difficult part of the translation?

As some of the participants in this translation project have remarked, the method of group translation used here is more like that used when the Buddhist texts were first translated from Indian languages into Chinese.

The text would be translated into spoken Chinese, then recorded and discussed, and finally written in literary Chinese and polished and the meaning verified.

There of course are always differences over how to translate Buddhist terminology. Differences also emerged because not all the translators are native English speakers, and even among English speakers there are differences between American, British and Australian English. Thus Americans say fall, Australians and British say autumn.

What do you think is the most prominent characteristic of Korean Buddhism?

This is a difficult question. In the past, answers have included hoguk Pulgyo (state-protecting Buddhism) and t’ong Pulgyo (unifying/synthetic Buddhism), but these have been infected by the Korean response to Japanese Buddhism during the colonial period and at best are only characteristic for limited periods of Korean Buddhist history.

As I do not believe there is anything such as a “national essence” or “national character,” I likewise do not think there is some unchanging essence underlying Korean Buddhism. To hold that there is some permanent essence is contrary to the Buddhist idea of impermanence.