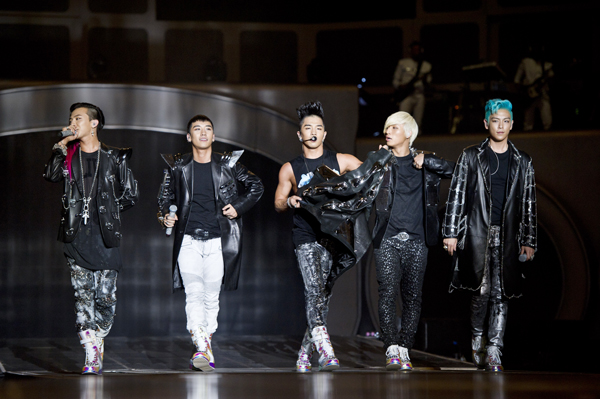 
The boys of Big Bang will set another record, becoming the first Korean artists to tour three domes, one after another, in Japan.

According to YG Entertainment, the K-pop boy band will kick off its second Japanese tour of the year on Nov. 23 in Osaka.

After two days of performing at the Kyocera Dome, the group will make its way to the Tokyo Dome on Dec. 5 before finishing up at the Yahoo! Japan Dome in Fukuoka on Dec. 22.

Concert venues that have “dome” in their names can usually seat 40,000 to 50,000 people, so they are only booked by big name artists.

“The group has proven again just what a force it is in Japan,” said a YG spokesperson.

In May and June, the band toured five cities in Japan and had 14 performances attended by a total of 150,000 fans.

The total number of fans from the group’s earlier concerts and the upcoming tour could reach a staggering 355,000.