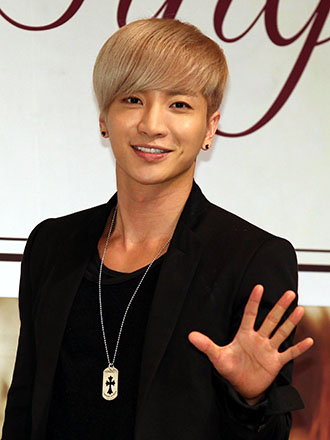 Super Junior’s leader Leeteuk apologized to fans via his Twitter account on Sept. 23 for his absence at SM Town’s concert in Jakarta, Indonesia, a day earlier.

“I should have gone crazy, but I couldn’t,” said Leeteuk, who promised that he would go wild at the next concert.

Leeteuk was apparently feeling ill and couldn’t take to the stage with his band.

Exhaustion coupled with enteritis is what’s supposed to have held Leeteuk back.

The boy band member has been through some trying emotional moments recently while in the public’s eye.

On a TV show earlier this month, the 29-year-old teared up as he reminisced about his childhood.

“I was beaten often and my parents fought all the time,” said the star.
.
Leeteuk couldn’t control his tears when he revealed that from elementary school that he was stressed out by the tumultuous situation at home.

“I was scared of my dad and didn’t like him very much,” the entertainer said on MBC’s “Good Day” on Sept. 10.