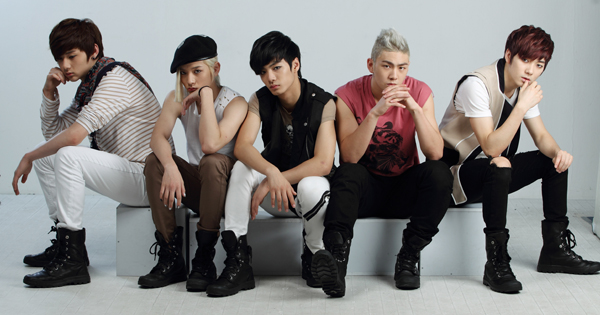 
Newbie group Nu’est will help out its agency Pledis Entertainment by taking part in auditions to be held in Los Angeles next month.

The five-member boy band will attend the “2012 Pledis Asian-American Audition in the USA” and act as judges.

“Nu’est will attend auditions to be held in Los Angeles and San Francisco on Oct. 14,” said a spokesperson from the agency.

While in the United States, the group will also perform at the Hallyu music festival “K-Con 2012.”

Meanwhile, applications for a spot at the Pledis audition will be open from Friday through Oct. 9.

Nu’est only made its debut this year and consists of members JR, Aron, Baekho, Minhyun and Ren.

Before making their debut with the single “Face,” all members have danced in music videos of various artists belonging to its agency.