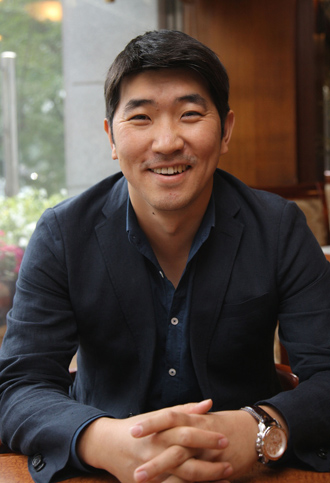 Films created by immigrants typically explore the often-troubled search for identity that results from dislocation. While “Hanaan” reflects that familiar theme, the film introduces viewers to a largely unknown ethnic group: Korean-Uzbeks.

Ruslan Pak’s debut feature focuses on the moral struggle and pursuit of an ideal amid a constant sense of loss by Stas (Stanislav Tyan), an ethnic Korean born in Uzbekistan during the Soviet era.

Korean ancestors of the 31-year-old Pak were forcibly relocated to Central Asia in 1937 under Joseph Stalin. The area was unpopulated and mountainous, but the relocated Koreans managed to cultivate rice and replicate their standard of living.

The movie was shown at the 2011 Festival del film Locarno and Pak won a prize at the 2012 Taipei International Film Festival for best new director.

Stas and three companions - Shin, Kasoy and Said - try to escape from their gloomy lives in the Uzbek capital of Tashkent and each search for their “Hanaan,” or promised land, in their own way.

Shin, for example, flees Uzbekistan, while Stas escapes through drugs. He works as a police officer, but quits after realizing the extent of the bureau’s corruption.

It would be easy - and logical - to presume that for Stas, “Hanaan” might be his ancestral homeland.

“I have mixed feelings toward Korea. I began learning Korean in search of my identity, but I felt disappointed when I actually came to Korea. I didn’t feel embraced by the society.”

He said many of his friends, who are also ethnic Koreans living in Uzbekistan, feel isolated when they return to Korea and end up going back to Central Asia. 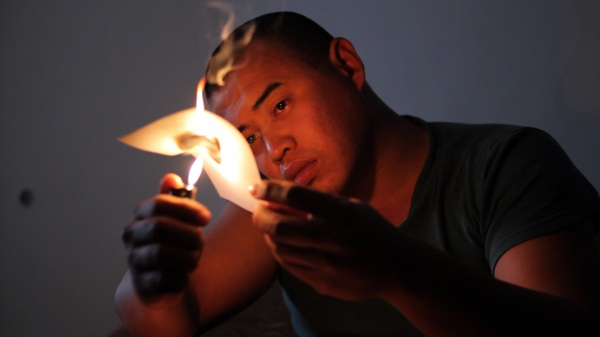 “Hanaan” stars Stanislav Tyan as a third-generation Korean-Uzbek struggling with his identity. Provided by Indie Story


He also pointed out that many films made by or featuring immigrants exaggerate their affection for their families’ countries of origin.

“Not every immigrant holds great hope for their ancestral countries,” said Pak. “Some are simply apathetic, while others have complicated feelings that are hard to define.”

Stas’ feelings may be complicated, but they are not unclear: In the first scene, he says that Korea is not his promised land.

Despite the distinctive provenance of the tale, “Hannan” is not all about the identity of immigrants.

“I want to depict the course of life where one faces troubles in the process of searching for the ideal,” he said.

The movie’s cast also reflects the director’s efforts to depict scenes as realistically as possible.

Tyan, who plays Stas and is an elementary school friend of Pak, worked as a policeman and quit, though not for the same reason as in the movie.

“I think no one could have acted better for the role of Stas than Tyan, not only because he was a cop, but because he has diverse experience,” said Pak. “That’s why I cast him, even though he had no acting experience.”

Being poised to shed light on half-forgotten detail of 20th century, “Hanaan” is scheduled to open in theaters next Thursday.