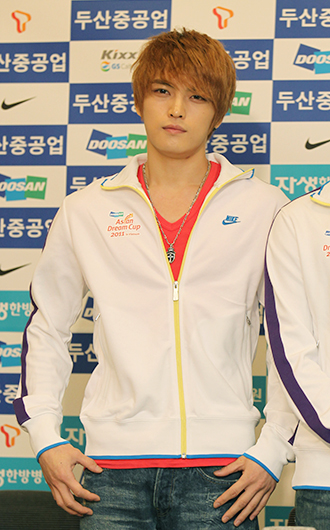 JYJ member Kim Jae-joong has been awarded second place at this year’s “Best Jeanist” event, which tracks entertainers who look good in jeans.

The event hosted by the Japan Jeans Association is in its 29th year, and fans vote through mobile phones, the Internet and mail.

Kim was third in 2010 and second last year. Aiba Masaki of the popular idol group Arashi is No. 1 this year.

Kim’s agency noted he has been “inactive in Japan the past three years. By claiming second place, he’s shown that he’s the most popular Hallyu star in Japan.”

Meanwhile, Kim showed he can scrub up nicely when he walked down the red carpet at the Busan International Film Festival on Thursday. He was there to promote his movie “Jackal is Coming.”

Kim anticipates a big couple of months ahead with his Asian fan meet tour starting in China on Oct. 21, Thailand on Oct. 23 and Indonesia on Nov. 3.

“He hopes to reconnect with his fans and make some special memories along the way,” said CJeS.