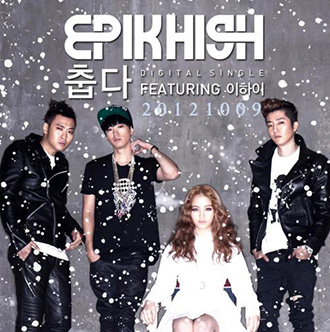 As the hip-hop group Epik High looks to release its new EP, its first in three years, on Oct. 9, the group has recruited the help of “K-pop Star” finalist Lee Hi.

The album jacket was released Oct. 8 and shows the three boys of the group posing with Lee, generating much buzz for the digital single “It’s Cold,” to be released on the following day.

Meanwhile, Lee is also set to make her solo debut sometime this month.
The singing show contestant shocked the public earlier in the year when it was revealed that she was just 17-years-old despite her exceptional vocal talent.