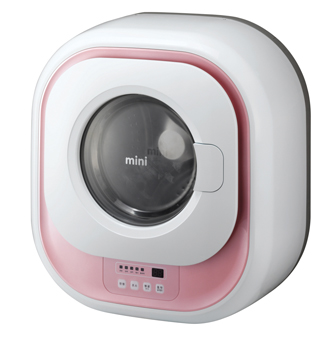 Daewoo Electronics’ wall-mounted Mini washing machine will be awarded a prize dubbed the “Korea Electronics Show Award” at the 2012 Electronics and IT Industry Fair which opens today in Seoul, the company said yesterday.

The Mini, the world’s first wall-mounted washing machine, was introduced in April and sold more than 10,000 units within three months of its release. It has been exported to 30 countries since August.

Daewoo Electronics is the only company to win the prize for one of its home appliances under the new product category. Samsung Electronics and LG Electronics also submitted TVs to compete in the category.

“We are honored to be the only home-appliance company to have won this category,” said Park Sun-hu, director of the company’s washing machine division.

The prize will be awarded today.