Hong Rok-gi is dating a woman 11 years his junior

Hong Rok-gi is dating a woman 11 years his junior 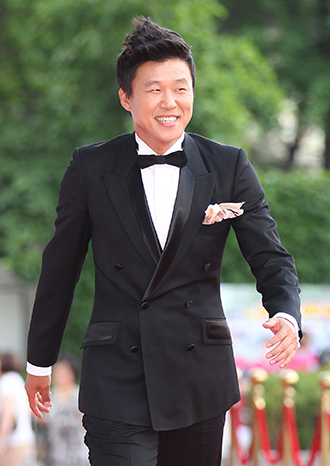 Forty-three-year-old comedian and TV personality Hong Rok-gi announced on SBS’s “Night of TV Entertainment” that he is in a relationship.

On the episode that aired Oct. 17, viewers were shocked twice as Hong said he had a girlfriend and added that she was 11 years younger than him.

In the show that also featured other guest entertainers, singer Kim Gun-mo said that if Hong were to tie the knot, he’d shout his long-time friend to baby supplies and a stroller.

The offer came after singer Shin Ji asked Hong if it was true that he wanted a stroller as she’d overheard.

“Yes, I’ve been feeling fatherly lately and want a baby and a stroller,” replied Hong.

Meanwhile, netizens were quick to congratulate the comedian, with many saying they were envious of Hong’s ability to snap up a younger woman.