Oxford Union will get some style

Oxford Union will get some style 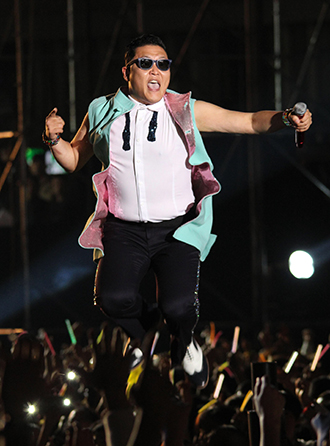 Psy is set to lecture at the Oxford Union, one of the world’s renowned debating societies, on Nov. 7 as one of the 30 guests picked each year.

He will be the Union’s second Korean guest in its 190-year history. The first was former Samsung Electronics President Hwang Chang-gyu.

Apparently, the request to have Psy talk about his music and the phenomenal success of “Gangnam Style” was the idea of John Lee, the club’s president.

Other speakers at the Union have included Jon Bon Jovi, Michael Jackson, John McCain and Ronald Reagan. While in England, Psy also will appear on BBC programs.

Psy, who is currently in the United States after a short stint in Australia last week, will depart for Paris on Nov. 4 and make his way to London before moving on to Frankfurt and other European cities. And although he is busy promoting himself across the globe, Psy hasn’t forgotten his loyal supporters in Asia. Mnet announced yesterday that the singer will make an appearance at the 2012 Mnet Asian Music Awards in Hong Kong this year.
By Carla Sunwoo