Lee Dong-gook back on Korea roster

Lee Dong-gook back on Korea roster 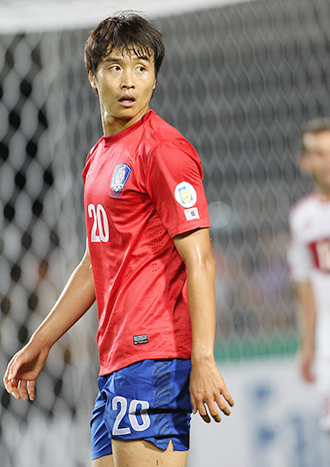 Much-maligned football striker Lee Dong-gook yesterday made it back on the Korean national football team roster for a friendly against Australia later this month.

The Korea Football Association included Lee on the 18-man squad for the Nov. 14 friendly against Australia at Hwaseong Sports Complex in Gyeonggi.

Lee was dropped from the squad ahead of the World Cup qualifier against Iran last month, and Korea lost the away match 1-0. Choi Kang-hee, the national team head coach, said then that Lee, 33, was not fit enough to warrant a spot on the national team.

Choi also singled out Lee’s poor play as a reason for Korea’s lackluster 2-2 draw against underdog Uzbekistan in September.

Choi said Lee, who plays for the Jeonbuk Hyundai Motors in the domestic K-League, has been rounding into form of late and he will give the forward another chance.

“He seems to have gotten back in shape in recent games,” Choi said of Lee, who scored four goals in his last three K-League contests. “Since I didn’t name any players based in Europe, I didn’t have any alternative.”

With European seasons in full swing, Choi elected not to ask teams there to release their Korean players, such as Ki Sung-yueng for Swansea City in the English Premier League and Son Heung-min for Hamburger SV in Germany’s Bundesliga.

The 18-man roster features 15 players from the K-League and one each from China, Qatar and Japan. Choi said he’d like to deploy and evaluate as many K-Leaguers as he can before Korea’s next World Cup qualifier, which will be in March against Qatar at home. For qualification matches, Korea typically selects more than a dozen players from Europe.

Korea remains at the top of Group A in the final regional World Cup qualification round, but is winless in its last two matches. It drew Uzbekistan 2-2 in Tashkent and fell to Iran 1-0 in Tehran in September.