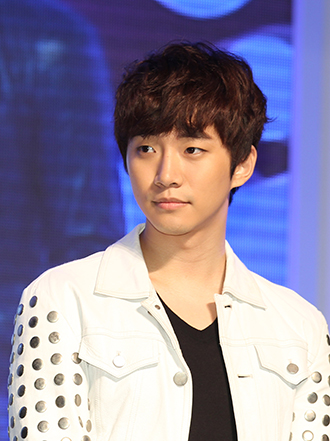 2PM’s Junho has wrapped up day one of filming his new movie “Stakeout” on Nov. 2. Junho stayed on set somewhere in Gangbuk District, northern Seoul until the early morning of Nov. 3.

In regards to his involvement in the film, which features Han Hyo-joo and Hallyu heartthrob Jung Woo-sung, Junho said that he was in good hands.
“I was worried at first but thanks to all the actors and crew on set, the first day went smoothly. I’ll continuously give it my best,” said the idol singer after his first day on set.

The film, starring some of the hottest Hallyu stars, is about a special unit in the police force that “watches” or monitors suspects.
Within the division, Junho will take on a character dubbed “Squirrel,” who brings laughter to the group.

Previously, Junho has appeared in films like “White” (2011) and “Hi, Bye” (2011) which featured other 2PM members, as well as Miss A, introducing landmarks around Korea.