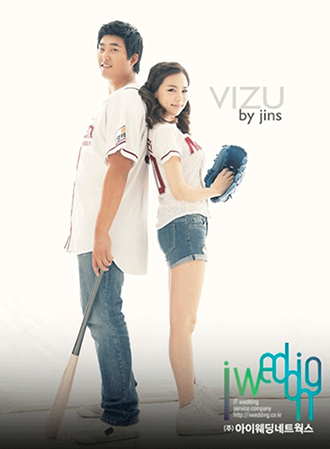 Nexen Heroes pitcher Kim Young-min is set to marry model named Kim Na-na.
The 25-year-old athlete will walk down the aisle next month with his fiancée who is four years his senior at a private ceremony in Nonhyeon-dong, southern Seoul, on Dec.8.

Apparently the two met at an airport five years ago and became close.
“I’ll become someone who shines in my career and in love,” said Kim along with his wedding announcement.
His wife-to-be is known as a reporter, model and a veejay among many other odd jobs.
By Carla Sunwoo [carlasunwoo@joongang.co.kr]