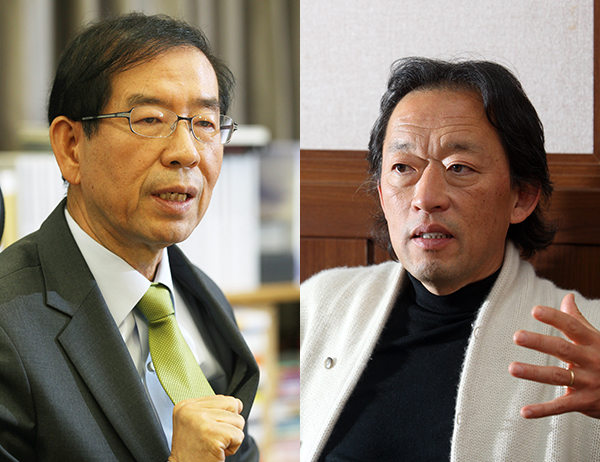 
The Seoul Philharmonic Orchestra has had three successful overseas concert tours since it was favorably reviewed on its 2010 Europe tour.

However, the orchestra recently had to give up the international tour it had scheduled for next year. It decided to put on a small-scale domestic tour instead.

The problem for the orchestra is that the chairman’s seat that manages operations, including corporate sponsorships and securing necessary concert halls, has been vacant for nine months. And the international tour is not the only project facing disruption.

The Seoul orchestra has regularly held a performance called “A Concert in Our Village,” promoted by the city government as a chance for Seoul citizens to enjoy high-quality music, but no one in the city government knows where the concert will be held next January.

As no one has been appointed leader, the orchestra has almost been paralyzed. According to the municipal government and art circles, Seoul Mayor Park Woon-soon and maestro Chung Myung-whun, who was selected as the director of the Seoul Philharmonic Orchestra in 2005, can’t agree on a chairman and have been rejecting each other’s candidates.

But director Chung didn’t like her. “A professional executive must be appointed because the CEO must be able to manage small and big businesses, including attracting corporate sponsorships,” Chung was quoted as saying.

However, the city government didn’t like Oh and recommended two or three additional candidates whose profiles were similar to Kang’s.

Chung rejected the recommendations again and this tug-of-war has gone on for nine months.

“There is a definite difference of opinion between the mayor and Director Chung,” a spokesman of the Seoul Metropolitan Government said. “And it is very hard to arrange further discussions because Chung spends a lot of time overseas.”

The chairman position will be appointed upon approval of the Seoul Mayor if the orchestra committee recommends a candidate. But considering the organization is an orchestra, and Chung’s status in music circles, the city government also has to consider Chung’s opinions over the issue.

Currently, most administrative affairs for the orchestra are managed by the Culture, Design and Tourism Headquarters under the city government, which is charged with supervising the orchestra’s operations.