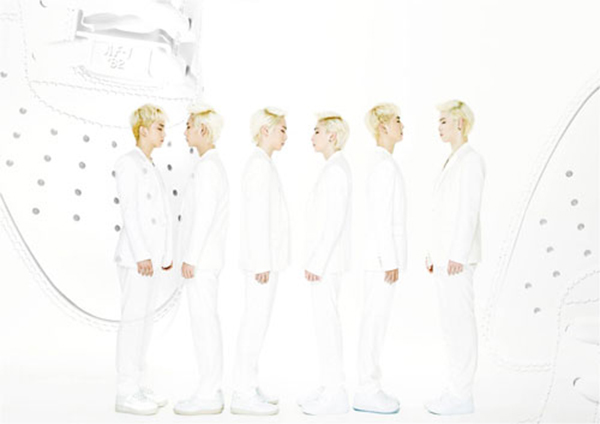 
B.A.P has been picked by Nike to represent its Air Force 1 line, the first basketball shoes to use Nike Air technology.
To mark the 30th year since launch the line’s launch, the world’s leading sports and fashion brand has picked the K-pop group to represent the range.

In addition, Nike has also picked celebrities like deejay Primary and media artist Theo Park to be a part of a project group called “The Ones” to represent the shoes.

“B.A.P made a statement with its style upon debut,” said a spokesperson from Nike.
“As an artist with its style in K-pop, the band will work toward promoting the brand’s new concept — ‘futuristic.’ ”

In the released teaser image, the boy band can be seen clad in all white looking very “futuristic” indeed.