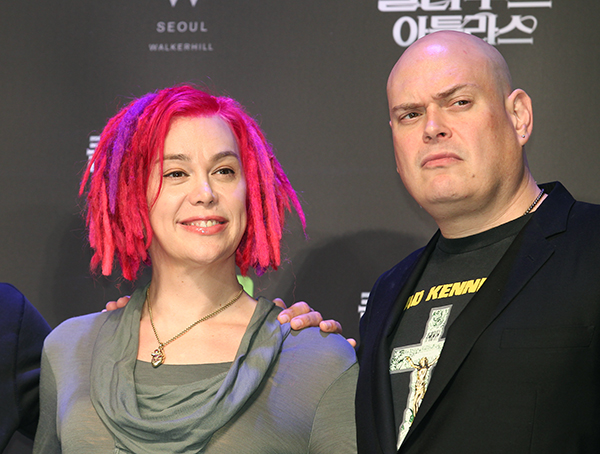 The Wachowskis, the directors behind the much-anticipated Hollywood movie “Cloud Atlas,” will appear on MBC’s popular talk show “Knee-Drop Guru.”

According to show representatives, the siblings recruited a translator to take part in taping yesterday.

Hosted by comedian Kang Ho-dong, the show is famous for featuring entertainers who come with their “concerns” and Kang takes the role of an advice guru.

Lana and Andrew are here to promote their sci-fi film, which opens in Korea on Jan.10.

They touched down on Wednesday and have been meeting with the press to promote the film that boasts an ensemble cast of Tom Hanks, Halle Berry, Hugh Grant and Korea’s own Bae Doo-na.

They previously directed “The Matrix” series as well as the 2009 action film “Ninja Assasin,” which starred Hallyu singer Rain.

In their personal lives too they made headlines when Lana, born as a male named Laurence opted for gender reassignment and became one of Hollywood’s most notable transgender individuals.