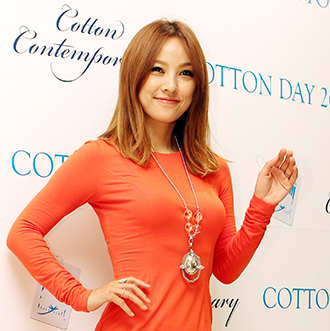 According to The Beautiful Foundation yesterday, Lee made a surprise visit Sunday to the area undergoing major redevelopment.

Lee originally planned to deliver coal briquettes, but instead took photos for the elderly. In addition, Lee treated 15 senior residents to beanies she knitted herself.

The charity said the photos were touching and practical, too, “as not many elderly residents can afford to get professional pictures taken.”

Last year, Lee visited the district, too, and distributed rice and coal briquettes and other essentials. Earlier in the year, she donated 100 million won ($93,000) to The Beautiful Foundation.

Meanwhile, last week Lee said she’d release a new album in May, her first in more than three years. By Carla Sunwoo