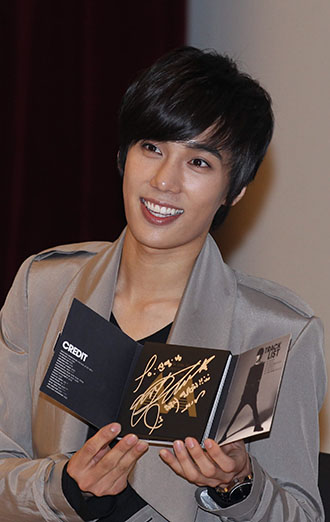 Romeo, the singer formerly known as Park Jung-min from SS501, held a showcase at Tokyo Dome City Hall on Dec. 18 to mark the launch of his first album “Midnight Theater.”

At the show, Romeo performed his first Japanese single “Give Me Your Heart” as well as his second single “Tonight the Night,” as well as other songs.

The singer impressed his fans with his style, music and the video incorporated into the concert.

On Dec. 19 at the same venue, Romeo met with fans at a Christmas fan meeting.