From whence she came

From whence she came 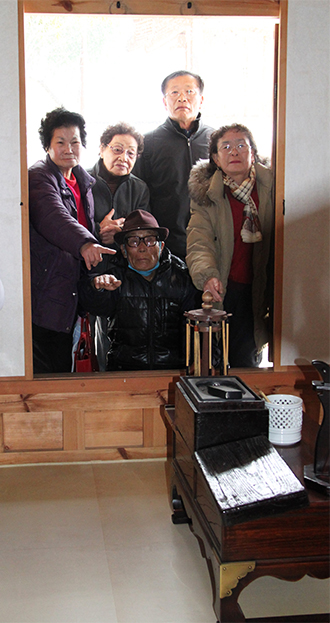 Following the election of Korea’s first female president, people flock to visit the residence of Park Geun-hye’s mother, the late Yuk Young-soo, in her hometown in Gyodong-ri, Okcheon County in North Chungcheong yesterday. Yuk, who was assassinated in 1975, was born in the 99-room Joseon-era hanok, or traditional Korean-style house, in 1925, and the site was named Monument No. 123 of North Chungcheong in 2002 and underwent renovation until it was opened to the public in 2011. [YONHAP]