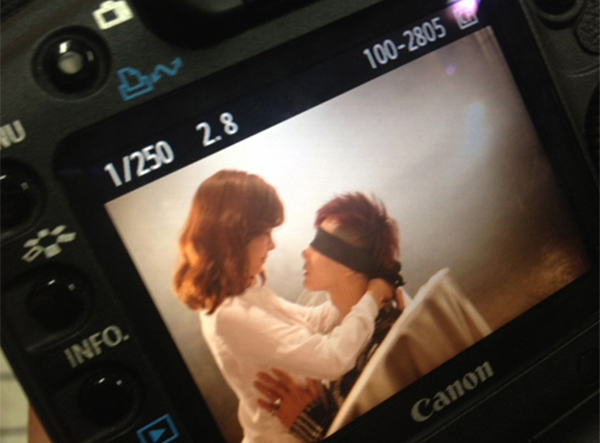 Park Hyo-shin’s agency is in a kerfuffle after claiming that an image to be used at the singer’s concert has been leaked by a staff member.

The picture, captured on a DSLR, shows Park blindfolded and leaning in for a kiss with a woman. It has been circulating online since being uploaded Dec. 26.

Jellyfish Entertainment said that the picture was actually taken to be used as a preview to Park’s concerts to take place on Dec. 28 and 29.

“It’s a bit of a dilemma because the picture was to be unveiled at the show,” said a spokesperson from the agency, who said they’d quickly work on the official version to counteract the raw image.

Meanwhile, Park, who recently filed for bankruptcy, will perform at his first show since being released from the Army at a concert titled “War is Over.”