Actor-director blazes his own trail

Actor-director blazes his own trail 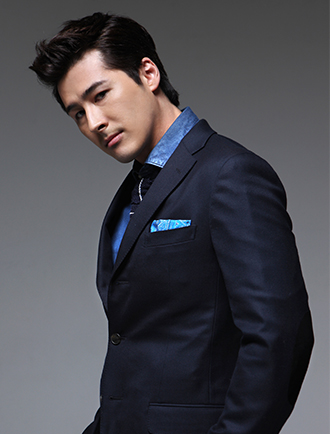 Actor Sean Richard Dulake has a found a niche in explaining the wonders of Hallyu to an international audience. Provided by BH Entertainment

Actor Sean Richard Dulake is ready to turn the tables.

He acts in dramas by day and directs documentaries by night, in both Korean and English. In an industry that churns out cookie-cutter talents, he is on his own path.

Since he made his TV debut two years ago, he has gained a steady following. Curiosity has been piqued about the actor who played foreigner doctor Horace Allen and spoke in near-perfect Korean on SBS’ “Jejungwon.”

In the span of two years, the half-Korean, half-Briton who was born and raised in the United States has been in various hit shows from “Athena” (2011) to “Please, Captain” (2012) and most recently tried his hand at directing a documentary.

He is also known for his family ties to Korea’s pride and joy, actor Lee Byung-hun.

Despite all the resources he can tap into: good looks, family connections and language prowess in a nation that’s enamored with English, Dulake says he’s more interested in substance than style.

“For me it’s all about the role and the story,” says Dulake.

Unlike newbies who dive in and dabble in acting, singing and modeling, acting is a craft that Dulake takes seriously.

“A friend asked me to try theater class in high school,” Dulake says, reminiscing about when he became interested in acting.

“When I stood on the stage, I got hooked.”

Dulake went on to study acting at Boston University and the Sanford Meisner Studio in LA.

Dulake says he often talks to his older cousin about the pros and cons of acting in a second language.

Up until his big move to Korea in 2007, Dulake took part in various theater productions and sketch comedies in the U.S.

About the time of Dulake’s arrival in Seoul, K-pop and Hallyu culture was branching out globally and the timing seemed perfect.

“Korea’s entertainment was beginning to spread abroad, and I wanted to be a part of this excitement,” Dulake says.

Five years on, Dulake has made enough of a name for himself among industry insiders to land a directing gig for the Discovery Channel.

Headed by the worldwide broadcaster, Dulake was picked to produce one of the segments of a five-part series called “Korea Next.”

The program premiered throughout Asia on Dec. 16, and due to positive ratings, the show will keep airing with the possibility of broadcasting in other continents.

With “Finding Hallyuwood,” the 28-year-old depicted the world of Korean entertainment.

“Discovery Channel liked my perspective as an insider to the Korean entertainment industry,” explains Dulake.

“I feel that the experience I received in the last five months will help me in ways I do not even feel yet when I return to work in front of the camera.”

He says directing was difficult, but nevertheless came with a “different kind of fulfillment” from acting. At the same time, the experience made him hungrier to pursue his first love: acting.

Looking back on his half a decade in Korea, Dulake says he’s enjoyed every moment of it.

“I have been blessed with the people I have met and the opportunities I’ve been given.”

He says he won’t be leaving anytime soon.