Lee Byung-hun says that he has nothing on Psy

Lee Byung-hun says that he has nothing on Psy 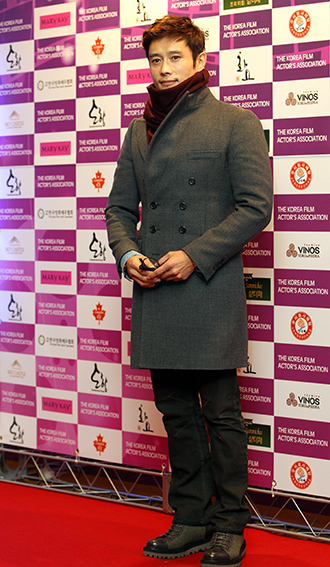 Although he was one of the biggest stars of the year, Lee Byung-hun, the star of the “Gwanghae,” the movie which secured 15 prizes at just one awards show, said that he’s got nothing on Psy.

While on KBS 2TV’s “Entertainment Relay” which aired on Dec. 29, Lee said that he experienced the power of Psy up close when he was dining with him in London.

“We went to a restaurant and some 15 paparazzi turned up to see Psy,” said the Hallyu actor who’s spent most of this year in London filming the Hollywood blockbuster “Red 2.”

“I was merely a background prop, and at one point, the photographers asked me to get out of the way,” joked Lee, who said that because of Psy, he got to meet football player Park Ji-sung for the first time.

“Psy asked me if he could bring Park along, I said ‘of course,’ and thus we all had dinner together.”