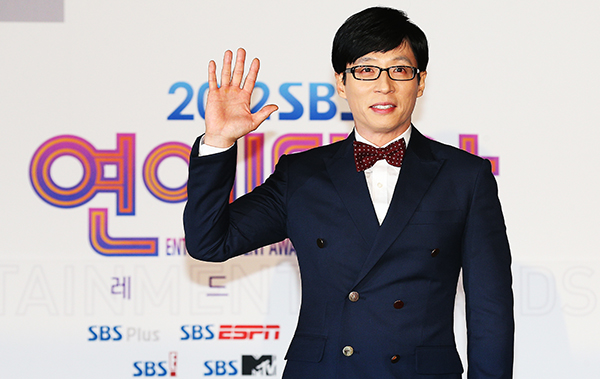 The award, which took place on Sunday at the SBS Prism Center in Sangam-dong, western Seoul, was Yoo’s second consecutive win.

He was up against fellow comedians Kim Byung-man and Lee Kyung-gyu.

Since 2005, when he won his first Grand Prize from KBS, he has gone on to win a total of nine awards for being the best in the business.

Yoo’s main accomplishment was helping his variety show “Running Man” secure the No. 1 spot in its time slot with viewers’ ratings reaching the 20 percent mark each time.

In addition to his flair for hosting with his witty remarks, Yoo also took home another award: the popularity prize, as chosen by the viewers.

When he took to the stage to claim his prize, Yoo said he was “again so thankful” and said he was at a loss for words. By Carla Sunwoo