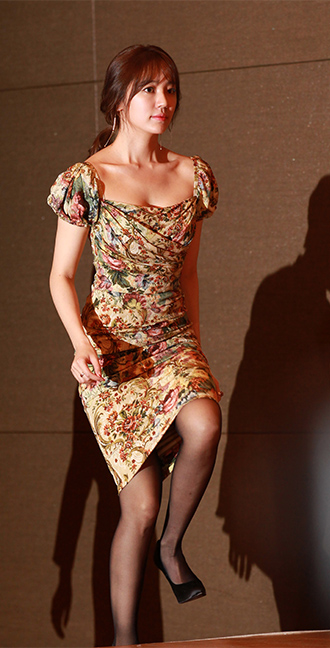 Yoon Eun-hye who took home the “Female Popularity” as well as the “Hallyu Star” trophies on Dec. 30 at this year’s MBC Entertainment Awards, thanked just about everyone under the sun via Twitter on the morning after.

Through the microblogging service on Dec. 31, Yoon said she had neither enough time nor capacity to thank everyone on stage.
Thus she took the time to tweet her gratitude for “Director Lee Jae-dong, all the staff on ‘I Miss You’ as well as writer Moon Hee-jung, Song Ok-sook, as well as my co-stars who are on the freezing set.”
Last but not least, she thanked God for “looking after, consoling and loving” her.

Just when you thought the thanks were over, Yoon remembered more people; staff at her hair salon, those who belong to her agency, and the viewers of her current drama were also given thanks by the actress.

Yoon is currently starring in the MBC drama opposite Yoo Seung-ho and JYJ’s Park Yu-chun. She plays the role of budding fashion designer Lee Soo-yeon, who is in a love triangle with the two actors.