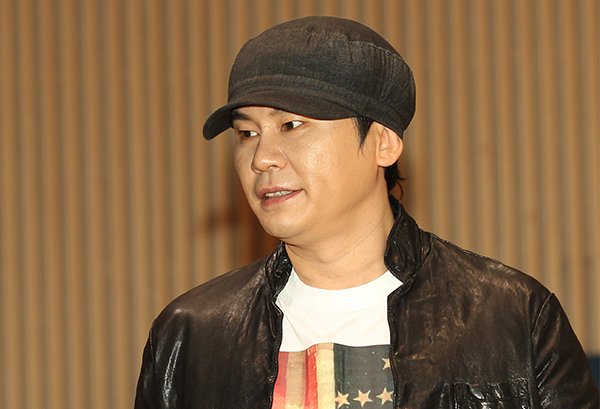 
YG Entertainment founder and CEO Yang Hyun-suk had a stellar 2012, no doubt thanks to the meteoric rise of Psy and his “Gangnam Style.”

The businessman who manages the horse trotting star was picked as the wealthiest shareholder in the Korean entertainment industry, usurping the spot held by SM’s Lee Soo-man for some time.

Chaebul.com, a Web site that ranks the wealthiest people in Korea, revealed the listing for the year gone by and posited that Yang’s shares were worth around 219.5 billion won ($206.2 million).

Psy’s newfound fame apparently saw the amount increase up to 67 percent as Yang’s shares were valued at just 131 billion won in the previous year.

Lee of SM was bumped into second place by Yang: Lee’s shares were worth around 200 billion won with just an 8.3 percent increase from the previous year.

Coming in at third was Keyeast’s head and a Hallyu actor in his own right, Bae Yong-joon.

Psy was estimated to rake in $8.1 million from his “Gangnam Style” success.
By Carla Sunwoo