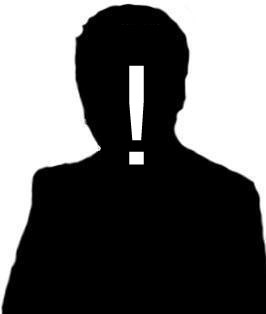 A 70-year-old man, surnamed Chu, is accused of sexually assaulting a middle school student over a dozen occasions between March and December of last year, while he was working as a school guard.

The South Jeolla Provincial Police Agency reported Monday that it is questioning the disgraced elderly man suspected of sexually violating the 15-year-old student in his office at an undisclosed elementary school in Gwangyang, South Jeolla.

“Based on our probe, it is likely that the suspect began his criminal acts less than a month after he was hired as a custodian,” said a police officer involved in the case.

The police reported the suspect has been convicted 12 times for various charges, including theft and driving under the influence, but was still able to land a custodian job as he had no record of sexual crimes or violations of the law for the past 10 years.

The man quit his job last month after suspicion grew over his acts during his stint as a school guard. The disgraced suspect flatly denied the sexual charge when he was arrested Monday. He was intoxicated when the police took him in.

The police, however, highly suspect Chu of wrongdoing and plan to discover more criminal behavior after further questioning. The authorities have also received statements from a psychologist that the victim’s testimony is highly reliable. They are also investigating whether the girl had an undetected mental condition.

The current law only makes it possible to check for criminal records related to sexual crimes, leaving those with multiple convictions still able to get jobs at schools.

The bi-partisan revision was submitted by 11 National Assembly members belonging to the Education, Science and Technology Committee, partly in response to growing public calls for tighter screening processes on school custodians following a series of sexual offenses by school staff in recent years.

One highly-publicized case involved a former Navy officer who was working as a custodian and was charged last summer with sexually molesting two sisters over 50 occasions in Jinhae, South Gyeongsang.

“Those who will be positioned to protect students [as school guards] from crimes at school are required to have higher qualification standards,” said Park In-sook, a ruling Saenuri Party lawmaker who co-submitted the bill along with 10 other Assembly members. “The revised bill has bi-partisan support. We will try our best to bring it to a plenary session and legislate it as early as next month.”

The Ministry of Education, Science and Technology has expressed its support for the bill.

“As soon as we have legal grounds on which to require school administrators to seek out criminal records through the legislation, we will implement the change,” said Park Jun-hyun, assistant deputy director at the school policy bureau of the Education Ministry.