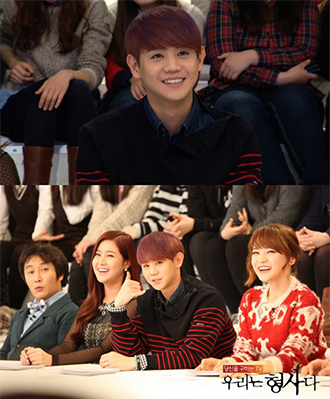 Beast’s cutie Yang Yo-seob revealed a rebellious stage in his life when he ran away from home.
The boy band member appeared on a JTBC program which tackles issues in crime, “We are Detectives,” to promote his song “Caffeine” and offered the viewers a glimpse of a conflicted teenager.

“My mom doesn’t know actually,” said Yang before admitting that due to hunger and the cold weather he decided to go back home making the ordeal “more like an outing.”

“I saw my sister walking home and just followed her back,” said the boy band member.
The show will air on Jan. 10.