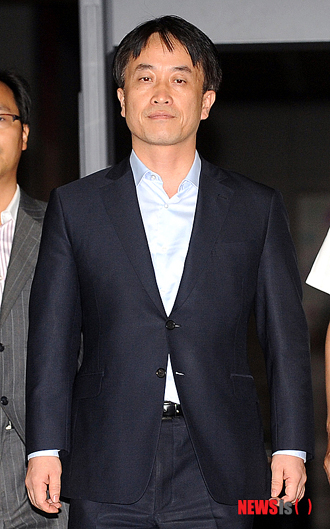 A long-time aide to President Lee Myung-bak was sentenced to 15 months in prison for accepting bribes from the chairman of a now-suspended savings bank in return for influence peddling, court officials said yesterday.

Kim Hee-jung, who worked as a presidential secretary for personal affairs, was indicted last August on charges of receiving 180 million won ($170,502) in kickbacks from Solomon Savings Bank Chairman Lim Suk on three occasions from August 2011 to January 2012 in exchange for helping the bank avoid regulatory audits and suspension.

“He committed a serious crime because he was supposed to serve the public interests and behave as a high-ranking official who assists the president but accepted such a huge amount of money for influence peddling,” said Jeong Sun-jae, chief judge of the Seoul Central District Court, in the verdict.

The 45-year-old Kim, who had worked for Lee since 1997 when the president was a lawmaker, resigned from his post last July after local media raised the allegations against him.

Along with the prison term, the court also ruled that Kim must forfeit the 180 million won. During the trial held last September, Kim’s lawyer admitted that his client took 150 million won, claiming that the money was not in return for any favors. Yonhap