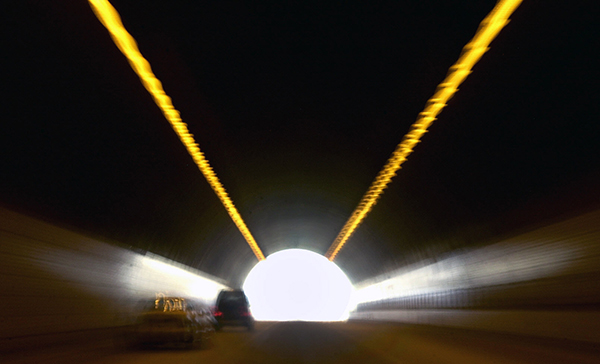 Winter in Poland is a gloomy time of year. Jan. 27 is the day the Auschwitz concentration camp was liberated by Soviet troops, and the re-enactment of the death march to the gas chamber creates an even more dismal air. Those who participated in the march pray, “Please do not give mercy to those who massacred Jewish children. Never forgive those who created this camp and who were involved in the merciless killing.”

While it’s an exaggeration to compare Park’s Yusin era to Nazi Germany, which was responsible for both World War II and the Holocaust, let me cite an episode from “Night,” an autobiographical novel by Elie Wiesel, a Holocaust survivor who was held at Auschwitz.

In the book, Wiesel recounts witnessing a young boy being hung at the concentration camp. He hears a voice behind him ask, “Where is God? Where is He?”

A voice inside him replies, “Here He is. He is hanging here on this gallows.” But even as he struggles in despair at death of God, he finds hope.

After the concentration camp was liberated, Wiesel devoted his life to a restoration of humanism and reconciliation rather than revenge, and won the Nobel Peace Prize for his efforts. He turned his dark memories from “Night” into a light to guide people through the day.

Simon Wiesenthal was the only member of his family to survive the Holocaust. For 50 years, he became a famous Nazi hunter, tracking down more than 1,100 fugitive Nazi war criminals. One day at the concentration camp, he was called to the bed of a Nazi SS officer who was dying from an injury. He held Wiesenthal’s hand and repented in tears, asking for forgiveness for taking part in the genocide of the Jews.

However, after some hesitation, Wiesenthal left without answering the man. Even as the SS officer lay dying, Wiesenthal did not find it easy to forgive his atrocities. The experience of contemplating repentance and forgiveness left a clear mark on Wiesenthal.

When Adolf Eichmann, the infamous Nazi SS officer, was arrested in South America, Jews demanded an immediate execution. But Wiesenthal appealed for them to forgive, but not forget. The Nazi war criminals should not be killed in the gallows of revenge but be tried by the law, he argued.

Etty Hillesum was a young Jewish woman who chose to join the Nazi concentration camp and “share her people’s fate.” In her diary, she wrote, “It has been brought home forcibly to me here how every atom of hatred added to the world makes it an even more inhospitable place.”

I would be hesitant to compare the intellect of this Korean writer with the solemn intellect of Wiesel, Wiesenthal and Hillesum. The past had days and nights; it had and light and darkness. An earnest intellectual should not trace only the memories of the night. By only mentioning the pain of the past, you can’t pursue the values of tomorrow.

The older generation of Koreans survived extreme poverty; they were the young people who organized the April 19 Revolution and protested against Park Chung Hee’s Yusin dictatorship. However, they still pay respect to Park’s passion and leadership, which pulled the nation from poverty.

They have a balanced sense of history and embrace both the days and nights of the past.

Until the 1970s, North Korea had more economic power than the South, but the North has since turned into one of the poorest countries in the world, surviving only on food aid. “White rice and beef soup” has been a popular slogan for six decades under the country’s three generations of dictatorial rule.

Wiesel would not pray to a merciful god not to give mercy. Wiesenthal and Hillesum would pray that people will be able to forgive but not forget. We should not begin the first month of the New Year with a death march.

We all hope to begin the year 2013 with a hopeful march of life. We cannot waste the five years of the new president’s term by digging up the controversies of the Yusin era. Hatred cannot bring peace. As Mahatma Gandhi warned, “An eye for an eye will only make the whole world blind.”