No inaugural gig for Ulala Session

No inaugural gig for Ulala Session 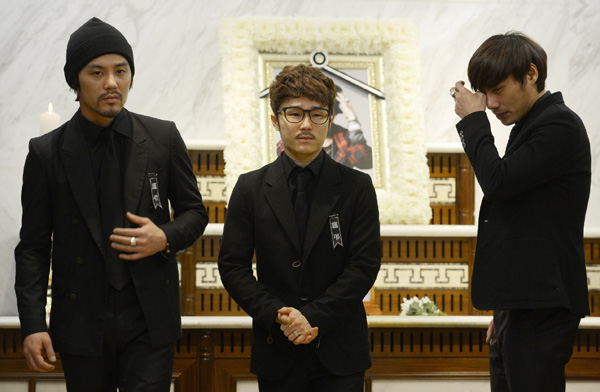 Most bands wouldn’t dream of forgoing a show for the president-elect, but Ulala Session did just that as it mourns the loss of its vocalist Lim Yoon-taek.

Ulala Company’s representative announced yesterday that the group decided to “politely decline” the opportunity, slated for Monday, given the fact Lim died just a week ago.

“The group members are still grieving, and they didn’t want to bring the mood down at the inauguration,” said the company spokesperson.

Meanwhile, other acts to surely perform as Park Geun-hye is sworn in at the National Assembly in Yeouido, western Seoul, are JYJ, Jang Yoon-jung and Psy.

Lim died Feb. 11 after his public battle with stomach cancer.

His illness became common knowledge with his admission on the singing-survival show “Super Star K,” which Ulala Session won two years ago.

Despite his illness, the vocalist managed to get married and father a child last year.