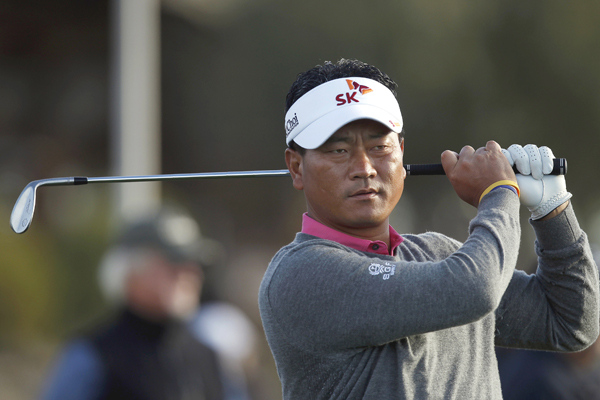 MARANA, Arizona - For the players, the self-directed questions can be endless as they steel themselves for the sheer lottery of the one-on-one format in this week’s WGC-Accenture Match Play Championship at Dove Mountain.

How many days will they last? Will their golf be good enough to win in Wednesday’s opening round? Can they still advance after a slightly off-day? Will the putts drop at the right time?

“When I was packing my bags the other night, I’m thinking, ‘How many shirts did I bring? How many pairs of pants?’ This is always a fun event,” world number one Rory McIlroy told reporters on a sunny, breezy day at Dove Mountain on Tuesday.

“It’s one of those weeks where you’ve just got to try and get through every round, and you face different opposition every day. I’m looking forward to it. I love the golf course here.

“It’s a great course for match play. You can be really aggressive and make a lot of birdies,” added Northern Ireland’s McIlroy, who has been drawn to play Irishman Shane Lowry in Wednesday’s opening round.

Matchplay is much more unpredictable than strokeplay and because of the extraordinary depth in the global game, anyone in this week’s elite 64-man field is capable of winning the title.

“There are no weak players in this tournament and no easy matches,” said Britain’s former world number one Lee Westwood, who did not reach the third round in his first 11 appearances at the event before getting to the semifinals last year.

“Very rarely do you get given one (a win) in this, and that’s the idea for tomorrow, just to try and turn up and play well. Hopefully it’s good enough.

“And hopefully the guy doesn’t blitz it and hole everything and chip in and frustrate you like that. You do need a bit more luck in this event than in other ones.”

Asked if he changed his strategy going into last year’s Match Play where he eventually lost 3&1 to McIlroy in the last four, Westwood replied: “Other than not really putting too much pressure on myself to try and get going in the tournament, no.

“Just try to play carefree golf sort of and see what happened.”

Tiger Woods is a three-times winner of the event but he has also suffered early disappointment, losing on the opening day in 2002 and 2011 and going out in the second round in 2005, 2009 and last year.

“Anybody can beat anybody at this level,” said the former world number one.

“That’s what makes it so interesting for us as players. It is a sprint, it is a boat race. You have to get off to quick starts.

“Generally if you get down early, two or three down, you rarely come back. It’s hard to make up ground when you’re only playing 18 holes,” added Woods, who plays fellow American Charles Howell III in the first round.

Hunter Mahan will be defending the title he won last year with a 2&1 victory over McIlroy in the final but he also knows the pain of losing in the opening round, having been eliminated by South African Charl Schwartzel at the first hurdle in 2010.